Experiences with BOINC for Android

Let me preface this with, for the most part I am happy with BOINC for android devices, having used on my nexus 7 ( old not the new one released in 2013) for half a year or so now.  Doing this really makes me happy I abandoned my BOINC on raspberry pi quest, as on the nexus with just as powerful if not more so processor as the raspberry pi.  So to explain that last comment a brief discussion on a noticeable technological difference between ARM and the ubiquitous personal computing x86 CPUs.

Now I do not claim to be any expert on the calculations done on any BOINC project, but I can not recall the last time I have done any science problem and not had to use decimals.  As such these calculations take longer on ARM processors than x86 even with somewhat comparable speeds quoted.

That being said as someone who loves being able to use his tablet exactly when it is needed, I often have it charging when it is not and use, and fairly often when it is in use as well. So it can work freely doing tasks most of the day/ week / month /year....

For those getting started with BOINC this can greatly propel them forward in points, and make them feel like they are making great progress. But a downside to being a serious cruncher is that my main machine could bring in more cobblestones in a single day than the nexus 7 could do in an entire year of nonstop running.   Not to mention this still touches upon my last post, I am not convinced that there are the projects, and especially the willpower to code, to bring in all these additional devices, with limited individual ability, but massive collective ability.

Posted by Unknown at 9:26 PM No comments:

Is Boinc losing its ability to draw projects?

This is both a post to raise awareness, and a question that I am not sure I know the answer.  Long story short, I realized how lopsided mine, and the Atlantic teams credits were recently, and I wondered if there was anything I could do to throw a little spice into the mix by adding another project.

That is where the issue came in, besides WCG and GPUgrid, there seem to be few to no projects that offer somewhat wide base appeal and focus on humanitarian issues with mass appeal.  As much as I am a fan of all sciences, you must admit, in terms of questions we need answers to now to vastly improve the lives of everyone on the planet, are mostly medically or biologically based.  Which seems to have few projects out there (few scientists with the know how/ time/ funding to do so?).  Moreover even WCG seems to be starving for projects and if anyone could attract top talent I'd imagine it would be them.  World Community Grid is down to 6 projects, 3 current and 3 intermittent.

Moreover the power of GPU computing has been recognized, almost to the point that it is almost making supporting GPU computing on any single project a self defeating task, in the sense that the people willing to complete the tasks will finish them in a fraction of the time it seems to talk your team to find a new item to study, then code the project for the GPU tasks. In fact it appears the only projects that can sustain GPU tasks either have a dedicated team of researchers/ programmers designed to churn out item after item after item as part of their funded research, or are actually tied to something that has such a massive amount of test cases that they can be considered near inexhaustible. (Scanning space for a given items.)


So is this lack of projects that *matter* and to a larger extent projects in general that there are currently as opposed to just a few years ago, a sign that the ability for BOINC or BOINC like systems are not effective?  Or could it in fact be that they are actually too effective?  I do know, and have realized that in large quite a few people lose faith in BOINC after awhile, I mean for one look at BOINCstats and just look at how many thousands of thousands of people you can flip through from the bottom of the ranks in which a majority of people listed have zero credits listed for the past month and an average credit that is very low or zero.

I for one certainly hope more projects are in the works-- in general, or at the very least for World Community Grid.

... sometimes it is basically impossible.
Especially if you have a GPU set to crunch GPUgrid tasks.

Basically nearly every single GPUgrid result returned is worth insanely more credits than the amount that 3 cores of my CPU and minimal credits from my Nexus 7 contribute.   Take is as you like, but you must definitely get used to seeing credit distribution pie charts like:

But in the effort of saving a bit of cash, after having my main rig offline for a month, and viewing that power bill, vs, my most recent bill in which it ran for an entire month, it is about a $15-$20 difference in the cost of my utility bill.  So needing to update it badly, I am pulling things offline for about a week, hopefully allowing the weather to cool off again before turning it on.
Posted by Unknown at 11:01 PM No comments:

Silver - Say No to Schistosoma 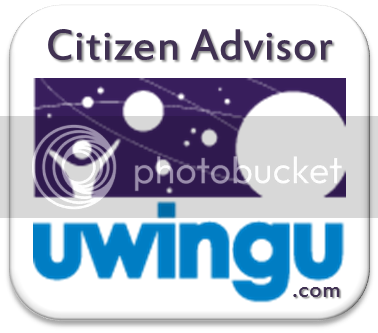